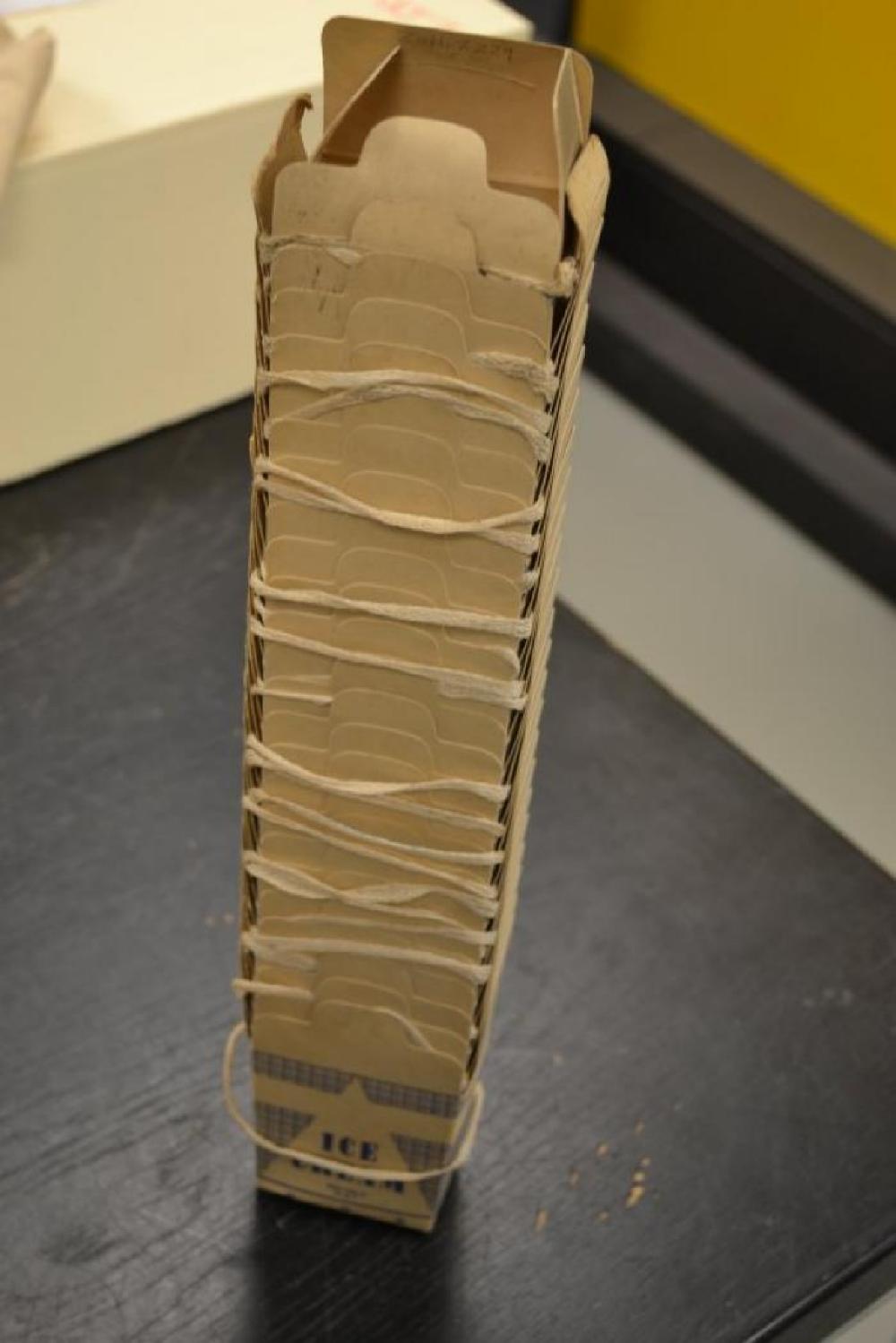 This is a stack of 25 small, half pint cardboard ice cream containers. The fronts and backs of the containers are identical and off-white in color. The background is a blue, grid pattern with a large white triangle in the middle. "Ice Cream" in large blue letters is printed on the triangle, with "one half pint" printed below it. There are three small, decorative stars running along the bottom of the container, on all four sides. The top portion of the container is comprised of four flaps, when folded, seal the container. On one of the flaps is a small triangle with printed information about the container itself printed inside. It states "1/2 Pint liquid Minn. Serial No. 24, Fill to top." There is a woven, string handle attached at two sides.