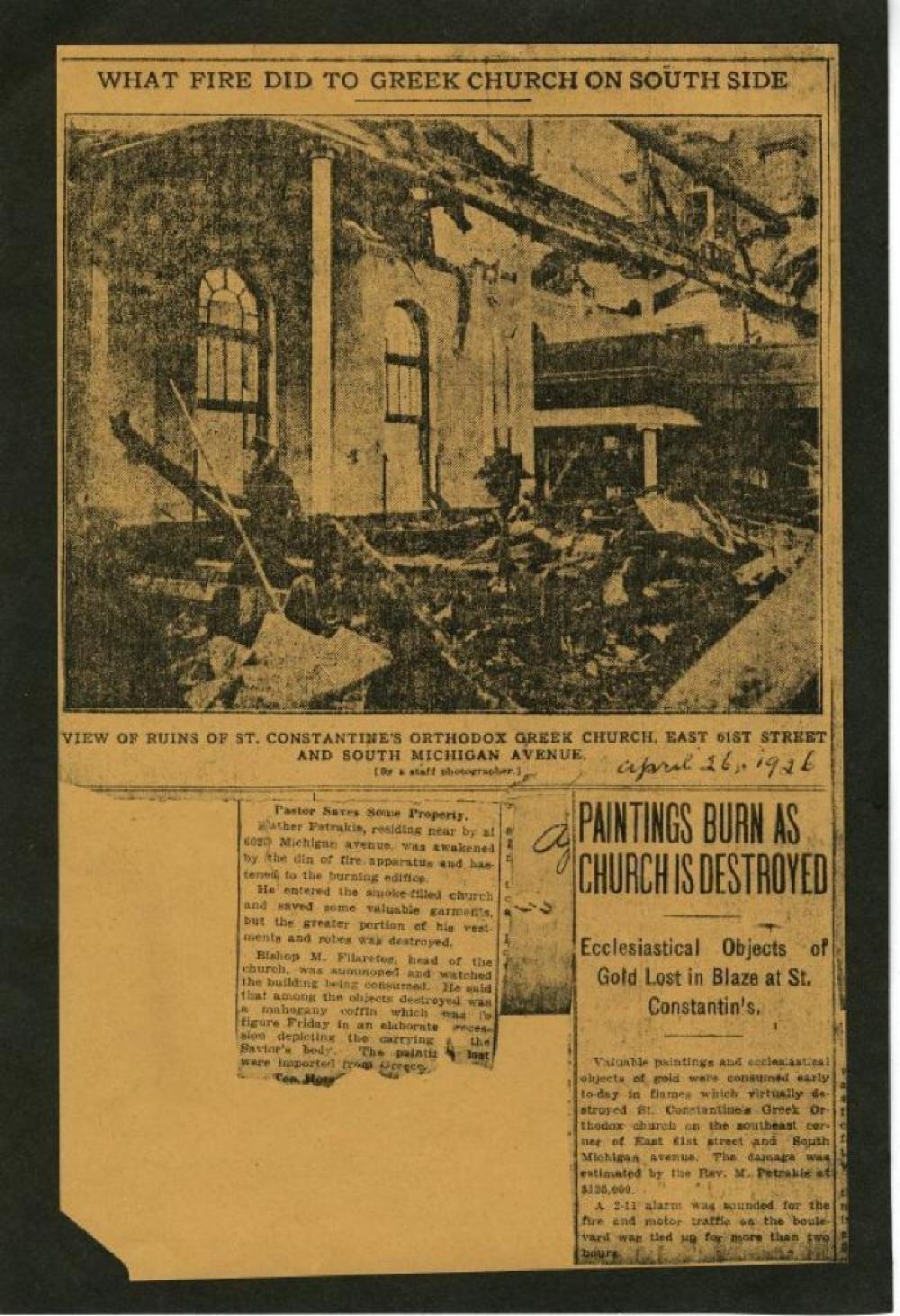 This appears to be a scan of several articles about a fire at the St. Constantine's Orthodox Greek Church. The paper is yellowed, and the picture is in black and white. The first article is entitled "What Fire Did to Greek Church on South Side." and reatures a picture of a church wall with no roof, and a man standing near one window. A handwritten date on the article says that this is from April 26, 1926. The second article is smaller and entitled "Pastor Saves Some Property." the third article says "Paintings Burn as Church is Destroyed: Ecclesiastical Objects of Gold Lost in Blaze at St. Constantin's. Paper is on a black piece of paper.

Father Petrakis was the Pastor at the time of the fire. He entered thr church to save some valuable garments. The head of the church was Bishop M. Filaretos, and showed up in time to watch the building go up in flames. Valuable paintings and gold objects were destroyed. The damage was estimated to be $125,000. The Greek Orthodox Church is governed by a council of Bishops, called the Holy Synod. They are known for their tradition of iconography, and their use of the Divine Liturgy on Sundays. This was the first of four St. Constantine (and Helen) Greek Orthodox Churches built, with each church replacing the previous one. Helen was the mother of Constantine. They are credited with placing Christianity at the heart of Western civilization. Helen is noted for her piety while Constantine was an Emperor in the Roman Empire when Christianity was becoming the dominant religion.