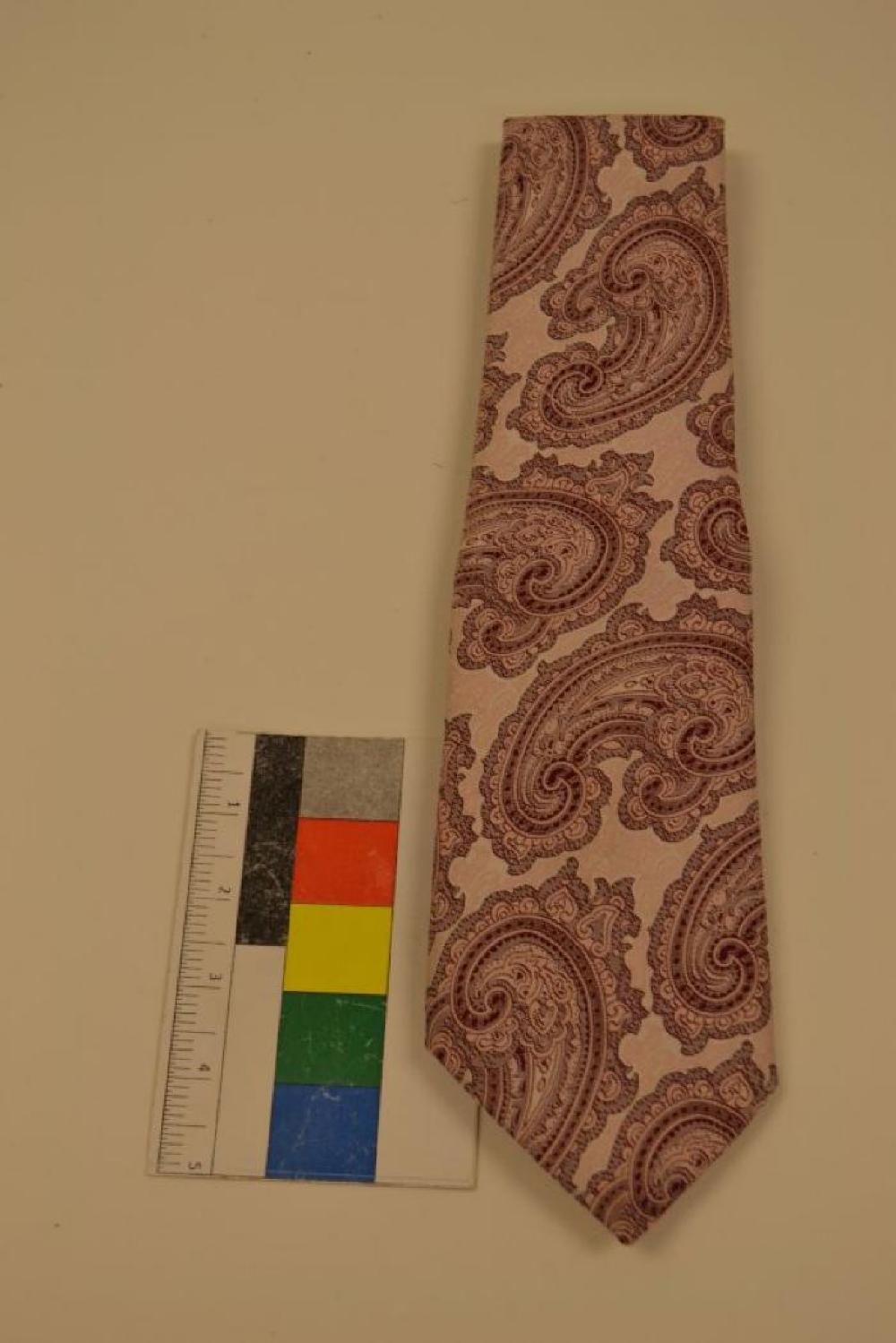 Sears, (created by)
Bacil, Constantine (is related to)

White, light pink and dark pink tie. It is paisley patterned, all over the tie. The dark pink is just in the larger, droplet shape and is used to define it and add extra color. There is light pink and an almost peachy pink in it as well. In between the large dark pink portion of the design is a very light pink drop shapes. There is some discoloration to the middle of th tie, stains most likely. On the back side is a seem that goes from tip to tip and close the to bottom is a tag reading "Sears. The Men's Store" and on the point is a very small tag that reads "100% Polyester RN16484" The inner lining of the tie is yellow with brown writing which reads either "The.Men's.Store" or "Sears"

Sears, Roebuck & Company is an American multinational department store chain[2] headquartered in Hoffman Estates, Illinois, in Greater Chicago. The company was founded by Richard Warren Sears and Alvah Curtis Roebuck in 1893 as a mail order catalog. Julius Rosenwald took control in 1895 and expanded its sales and profits greatly. In 1925, it began opening local department stores. The business peaked in the 1950s and 1960s, then began a long, slow contraction. In 2005, it was bought out by Kmart, which renamed itself Sears Holdings. In 1973, it opened a new headquarters in the Sears Tower, a 108-story, 1,451-foot (442 m) skyscraper that was the tallest building in the world until 1998. Until October 1989, Sears was America's largest retailer, when it was surpassed by Walmart in domestic revenue. Target, Best Buy, and Home Depot have also surpassed Sears since. As of 2012, it is the fourth-largest U.S. department store company by retail sales and is the 12th-largest retailer in the United States, leading its competitor Macy's in 2013 in terms of revenue