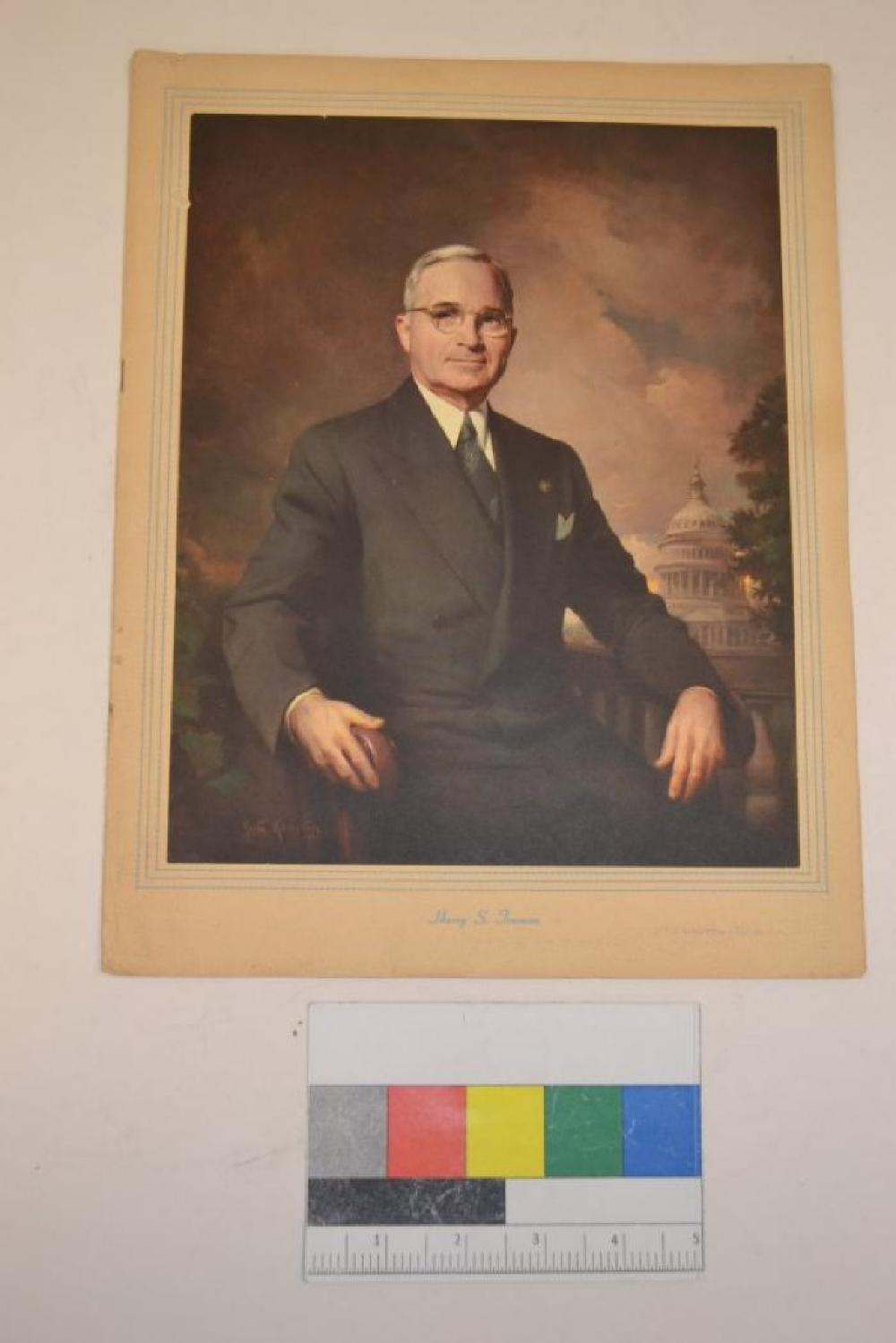 Arthur Peponis Collection (is part of)

A program for a dinner in honor of Harry S. Truman hosted by the Federation of Hellenic Organizations of Illinois. The document contains the dinner menu, program, and information on Truman. On the cover of the program is a large color photograph of Harry Truman. The Federation is supporting the preservation of the Truman papers and the Truman Presidential Library. Maria Callas autograph on inside cover.

Harry S. Truman was president of the United States form 1946-1953. He assumed the office of the president after FDR died. He was the first and only president to authorize the use of nuclear weapons against another nation. The U.S. congress vote don May 1947, responding to Truman's pleas, granted Greece $400 million in economic and military during the Greek civil war. The support from the U.S. helped defeat the National Liberation Front which was supported by the KKE or the Greek communist party. The KKE was supported by neighboring communist state, Yugoslavia.