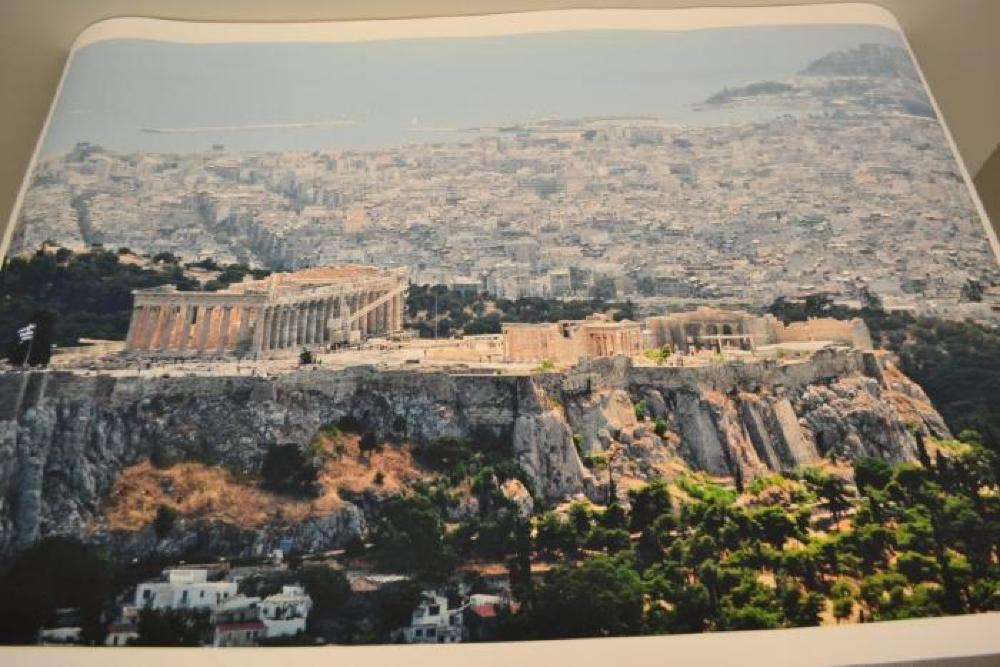 Donated by John Vlahakis. The Acropolis is the ancient citadel of Athens located upon a large rocky outcrop. Atop the Acropolis are three ancient structures, the most famous, the Parthenon, the Propylaea, and the Erichtheion. The Parthenon is a temple dedicated to Athena, the patron godess of Athens. Construction of the Parthenon was started in 447 BCE. The Parthenon was severely damaged in 1687 when the Ottomans were using the structure as an ammunition dump during a Venetian siege. The Propylaea is the monumental gateway to the Acropolis. Its construction began in 437 BCE. The gateway was necessary in order to manage access to the Acropolis sanctuary for those unfit or unwanted. The treasury of Athens was also kept on the Acropolis. The Erechtheion is a smaller temple dedicated to both Athena and Poseidon. It was constructed between 421 and 406 BCE. The Acropolis is a monumental symbol of Greece, both ancient and modern, as well as a symbol of Western civilization. In 2007, the Acropolis was named a 'preeminent monument' on the European Cultural Heritage list of monuments.